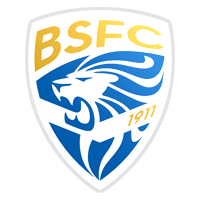 Looking to place bets on the Brescia vs Pisa match? We’ve selected the finest bookmakers for you for this upcoming match!

Mario Balotelli is a controversial footballer who played for both Inter and Milan in the past. The Italian attacker, who was born on 12 August, 1990, started his senior career at Lumezzane and in 2007 he signed a contract with the Nerazzurri.

After scoring 20 goals in 59 league appearances with Inter, he moved to Manchester City in 2010. Super Mario spent three seasons at the Etihad Stadium and he returned to Serie A in 2013, signing a deal with Inter’s fiercest rivals Milan this time out. Balotelli scored 26 goals in 43 league games with the Rossoneri, but in the summer of 2014 he signed for Liverpool for a fee of £16 million.

The Italian attacker is well known for his powerful shoot, but he often struggles to control his volatile temper. Super Mario impressed at the 2012 European Championship finals and he helped Italy make it to the final of the tournament. However, Spain proved to be a big catch for the Azzurri in the title game.