Real Sociedad vs Elche Prediction was posted on: September 24, 2021

Our prediction for this Primera Division match: 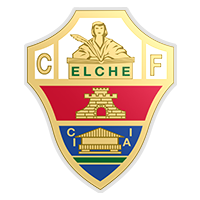 Looking to place bets on the Real Sociedad vs Elche match? We’ve selected the finest bookmakers for you for this upcoming match!

Intelligence is not an attribute you will find in Mikel Oyarzabal’s stats with Real Sociedad but this tricky winger is a highly knowledgeable winger who will use both brain and feet while playing. For a player born in Eibar, who made his first steps in his hometown club, it was always going to be a choice between Athletic Bilbao and Real Sociedad for Oyarzabal.

La Real saw their chance and grabbed this gem of a player at a young age, helping him develop into a proper professional throughout their youth ranks. Mikel Oyarzabal has spent the entirety of his senior career with the Basque behemoths where he’d use his ability to fill in a number of positions up top much to his own benefit.

Oyarzabal’s positioning and movement are work of a tactical genius, whereas it is his nous to find details to exploit that best define him as a player. Having come through the youth categories of the Spanish national team, Oyarzabal also has a senior cap next to his name. It was in 2016 that he also represented the Basque region, scoring on his debut to cap a 3-1 win over Tunisia.

Established in 1923, Elche is a Spanish club that competes in La Liga. Los Franjiverdes welcome their rivals at Estadio Manuel Martinez Valero, the stadium which can hold up to 33,732 spectators. The venue was opened on September 8, 1976.

Elche wear white shirts with green stripe and white shorts when playing at home, while black is the dominant colour of their away jersey. The club’s biggest success came in 1969 as Elche made it to the Copa del rey final. Los Franjiverdes faced Club Atletico de Bilbao in the Spanish Cup final, with the Basques winning the match by one goal to nil.

The likes of Mario Pasalic, Ivan Bolado, Garry Rodrigues, Goran Djorovic, Albert Nadj, Wakaso, Moha, Carlos Sanchez, Ioan Andone, Enzo Roco, Dominique Malonga, Richmond Boakye, and Sory Kaba are some of the notable players who were part of the team in the past. Elche have never represented Spain in European competitions.